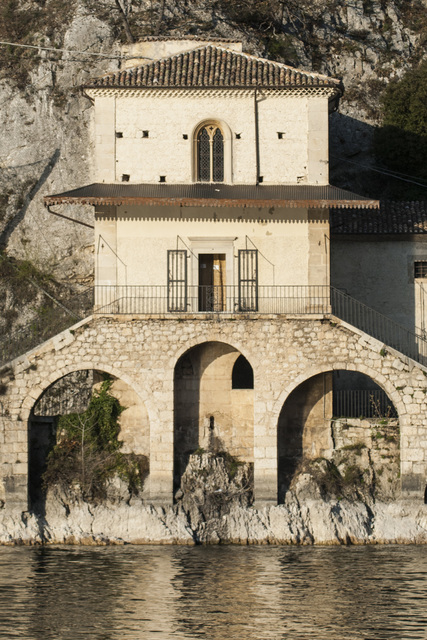 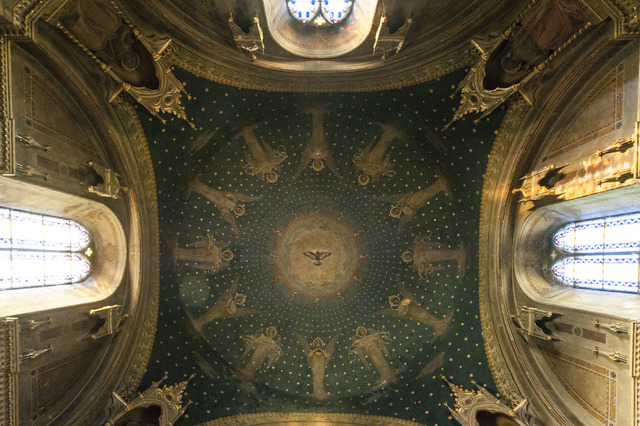 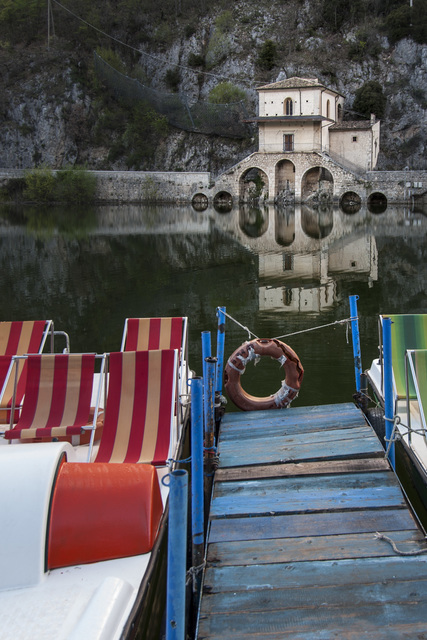 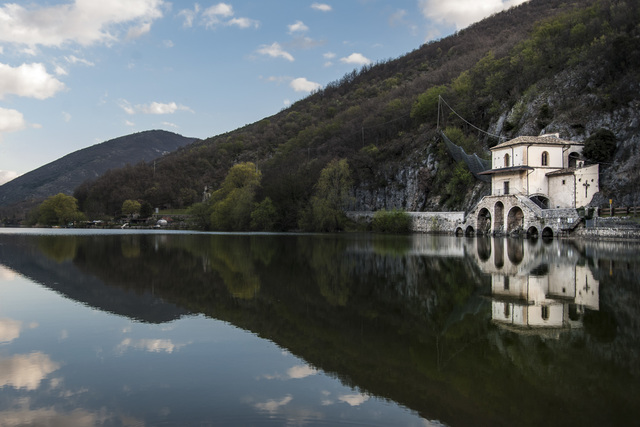 The picturesque church dedicated to the Virgin of the Annunciation is on the shores of Lake Scanno, a place traditionally known for its miracles. In ancient times there was a steep path carved into the rock, which was the only link between Scanno and the neighbouring villages. Tradition has it that in the most dangerous section of the path, the Scannese placed in a natural gap a little statue of the Virgin Mary, to protect the travellers. Starting from the 16th century there began a series of miraculous events and appearances, which led to the decision in 1697 to build a chapel, which was then consecrated in 1702, where the miraculous statue was then placed. The church was from then on, until the last century, a pilgrimage destination for the many devotees from the rest of Abruzzo, Lazio and other parts of southern Italy, to worship the Virgin and to seek healing from their ills, in particular from their hernias.
The small church has, since the beginning, undergone various changes and alterations. Originally the entrance was on the side facing the road to Villalago.   A staircase carved into the rock led to a small porch with five arches.   Through one of these arches was the entrance to the church, as is seen in the illustration from 1843 by English landscape architect and traveller Edward Lear. Subsequently, due to the introduction of larger road vehicles (1870-71), it became necessary to demolish the porch and move the entrance onto the side which overlooks the lake. The renovations were carried out as part of a project by the engineer from Como called Lanfranconi, who designed the current façade, the staircase with two flights and the mullioned window which is above the entrance.
At the beginning of the last century, there were transformations also on the inside. In the place of the original altar, in 1903 the one we can see today in Venetian Gothic style was built. Some years later (1911-12) the entire area, including the decorations, was standardized. The renovation project is attributed to the sculptor Ettore Ferrari. On that occasion they also made the flooring (which was replaced in 1991) and the metalised roof.
For centuries, the church has guarded above the altar the miraculous statue of Our Lady of the Lake, which was unfortunately stolen in 1979.  It was replaced by a replica, made the following year thanks to the devotion of Dante Ciarletta from Scanno.

The building is located in an elevated position on the lake, on the road between Scanno and the nearby village of Villalago and has three open, plastered sides. The back wall, however, leans against the rock that runs along the road. It looks out over the lake and is accessed via a steep double staircase, supported by a series of arches that are set on the bank and give a special character and charm to the facade. A wrought iron gate protects the portal, whose wooden doors were built between 1911 and 1912 by the Cerasoli brothers who were master carvers from Capestrano. About half way along the front is a metalised roof - added in the same period - adorned with a scalloped edge. Above is a mullioned window with trefoil arches, built, as was the staircase, at the end of the 19th century. To the right of the church is a small adjoining house which was once used as a hermitage.

The interior is a square room, with rounded corners and a domed roof with segmental arches. The decoration, inspired by the Venetian Gothic style with oriental detailing, gives the room a graceful appearance. The walls, with spiral columns and gold bands decorated with geometric patterns in red and gold stand out against the white plaster, and were decorated between 1911 and 1912 by the Scannese artists Archangelo and Silvio Centofanti, Egidio Berardi and Vittorio Spagnolo. The paintings of the ceiling (1911-1912) are by Filippo Ballerini. Against the backdrop of a blue starry sky, angels surround the Holy Spirit, radiating his light from the centre of a sun. By the same author are also the four major prophets within niches, painted at the base of the spandrels of the dome. The marble altar (1903), set against the bare rock, was built from a design by F. Galasso. In the central niche is a small wooden statue of the Virgin of the Annunciation, carved by the scannese Dante Ciarletta in 1980, which is a copy of the original, stolen the year before. The two precious crowns of the Madonna and Child are the work of skilled Scannese goldsmiths Natino and Armando Di Rienzo, who give them as an act of their own devotion.