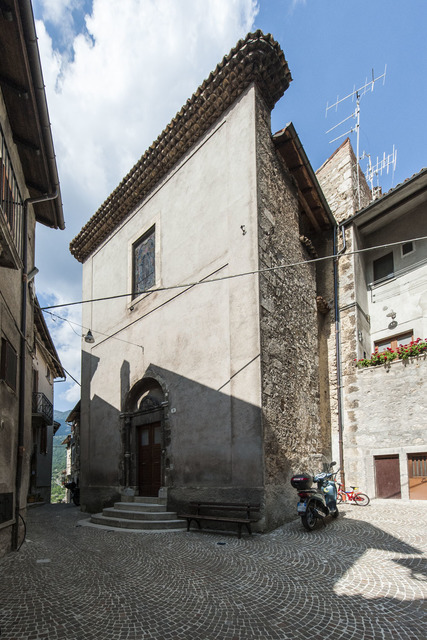 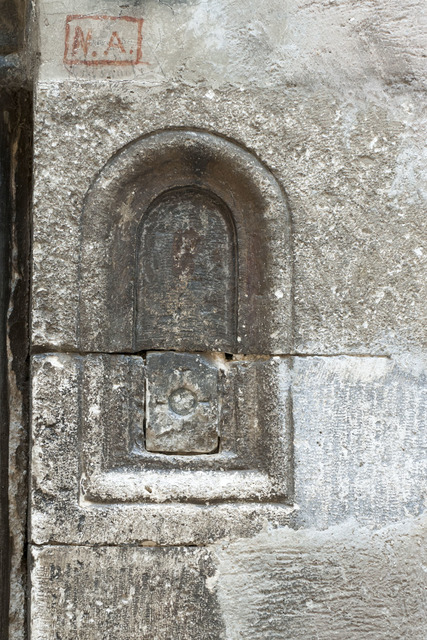 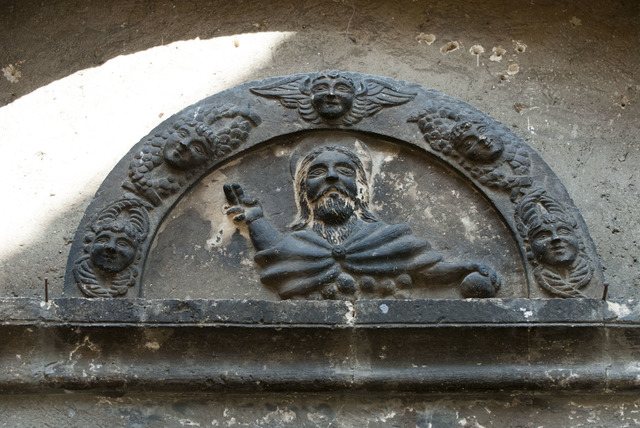 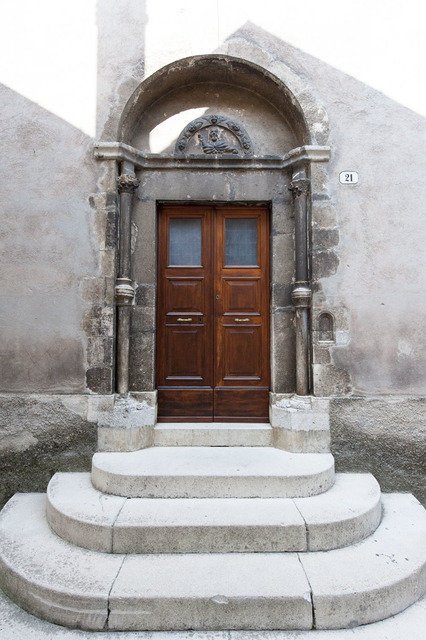 The church is dedicated to the martyr Saint Eustace, the patron saint of Scanno - who is celebrated on September 20th - and also to Santa Maria di Loreto. It is located close to largo dell’Olmo, in the area of the village known as ‘Terra Vecchia’.
We do not know the year of its foundation, but it is mentioned with the double title of Sant’ Eustachio and Santa Maria in the papal bulls of Hadrian IV (1156), Lucio III (1183) and Clement III (1188).   It is therefore - along with Santa Maria della Valle - the oldest church in Scanno, although this current church is the result of the reconstruction which took place in the late 17th century.
For a long time the church was even more important and was the parish church until 1568.  At that point it was not able to serve the growing population and, having been severely damaged by various earthquakes, it lost its position which then went to the church of Santa Maria della Valle.
The ancient church, hopelessly ruined by the earthquake of 1654, was demolished in 1693 - as is shown by the plaque placed above the entrance - and then rebuilt between 1697 and 1699, thanks to the initiative and generosity of the chaplain and rector Loreto Colarossi.  On that occasion, to the original patron was also added that of Santa Maria di Loreto. The rebuilding was completed by the Lombard artist and architect Giovan Battista Gianni, a prominent figure in 18th century Abruzzo, who, in collaboration with Francesco Ferradini, was also responsible for the sumptuous stucco altar and the side chapels. Of the ancient building only the front, with the 13th century portal, remains.
In the following centuries, further alterations and embellishments were carried out.  These included the gilding and the paintings made in 1905 which were commissioned by Maria Di Rienzo. At the end of the 20th century, however, the church was in a serious state of disrepair. Therefore, in 2003, at the instigation of the local community, in collaboration with the Superintendence of Cultural Heritage and thanks to a generous contribution by the CARISPAQ Foundation, there was a complete restoration of the interior which was completed in 2013. Now we can see all of the richness and vivid colours of the 18th century decoration, which for many years remained hidden under the patina of time.

Inside the church is richly decorated with stucco, gilding and Baroque sculptures and has a single nave with a painted barrel vault and lunettes. The side walls have six rounded arches, embellished by angels in relief, painted in vivid colours. They are set on massive pillars which, on the left side, form three chapels with the same numer of altars. Each is flanked by a pair of statues - made at the beginning of the 18th century - and which the recent renovation has restored to the original colours. These represent, starting from the entrance: St. Agatha and Apollonia, with the traditional attributes of their martyrdom; in the central chapel there is Faith on the left, with the cross and monstrance and Hope, on the right, leaning against an anchor. Finally, in the chapel next to the main altar, there are Saint Lucia and Santa Barbara. This chapel is particularly noteworthy because it contains a wooden statue of Saint Eustace, a work of great artistic value, completed in 1715 by Giovanni Leonardo Manzolis of Brittoli. It is characterized by the elegance of the forms of the Saint - represented according to the usual iconographic form as a warrior - and, in particular, a doe which supports him. In the middle of the arch on the right-hand wall is the precious pipe organ from 1698, which is still working. In the presbytery, which was introduced by the triumphal arch and slightly elevated, the imposing main altar, which houses the central niche the statue of Our Lady of Loreto - co-owner of the church - and in the side the two sculptures of St. Nicholas, left and San Liborio, right. Once on the elliptical dome fresco representing the Coronation of the Virgin, painted by Francesco Antonio Borzillo Molise in 1698; The painting is characterized by its typical Baroque style, with the fake opening to the sky, the theatricality of the holy scene and the motion imparted to the figures.

The facade, with patterned tiles in the "romanella" style in the cornice, is covered by smooth cement and plaster and is divided into two orders by a flat cornice. The only important element is the 13th century portal which is preceded by three modern steps. It has two side columns which support the smooth overlapping, carved cornice above the lintel, on which is the deep, semicircular lunette. Central to this is the sculpted frieze depicting the Eternal Father giving a Blessing, surrounded by angelic heads which are an interesting artistic testimony to the earliest phase of the building. In the higher section, in line with the portal, there is a rectangular window.